A real partner of its customers, Tarentaise Cheminées advises, helps and follows you throughout the cycle of your project. 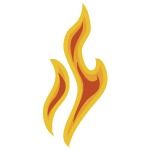 We have been practicing rotary sweeping for 3 years now, a technology much more efficient than conventional sweeping. Chimney sweeping is compulsory twice a year, including once during the heating period. Remember that to be well insured, you must respect this obligation! We recommend that you plan to sweep the ducts at the end of the heating period to be quiet for the following season. This will prevent you from having too many delays to intervene before the fall … Tarentaise Cheminées is a member of the Confederation of Chartreuse Chimney Sweeps, a guarantee of quality work. Chimney sweeping for a closed hearth: 60 € Chimney sweeping for an open fireplace: 80 €

One of the most important fire hazards in a chimney. It is the clogging of a flue due to the deposit of tar on its walls. This fouling is favored when the evacuation of the smoke is not fast enough because, as the smoke rises through the duct, it cools and the colder the smoke, the more its residues tend to collect. place on the sides. The problem with the build-up of bisters is that it is extremely flammable! Do not be so mistaken, the fire in a fireplace is controlled and it allows us to heat up. However, fire from an obstructed duct can quickly run out of control and cause a fire. Debistring: Count around 450 € HT variable depending on the height of the duct.

Our job is also to share with you our professional eye to know how to guide you in your choices. Depending on the analysis of criteria such as installation, efficiency, use, storage, aesthetics and budget, we will be able to guide you towards the best possible solution. 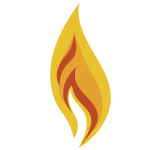 Tax credit, zero-rate Eco-loan, Anah aid, energy check, energy bonus … do not miss out on aid that could lower the cost of your project. Céline will know how to guide you in order to benefit from it. 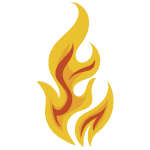 We carry out after-sales service, warranty monitoring, maintenance of all our installations, all year round. We thus guarantee your tranquility and beautiful evenings by the fire!

A project, a desire? Contact us for a free quote. Quentin will be happy to come and meet you at your place to check the feasibility of your project and provide you with technical and design solutions. We take care of your installation from A to Z. A single contact for more peace of mind.

CALL US or WRITE TO US

This website uses cookies to improve your experience while you navigate through the website. Out of these, the cookies that are categorized as necessary are stored on your browser as they are essential for the working of basic functionalities of the website. We also use third-party cookies that help us analyze and understand how you use this website. These cookies will be stored in your browser only with your consent. You also have the option to opt-out of these cookies. But opting out of some of these cookies may affect your browsing experience.
Necessary Always Enabled

Any cookies that may not be particularly necessary for the website to function and is used specifically to collect user personal data via analytics, ads, other embedded contents are termed as non-necessary cookies. It is mandatory to procure user consent prior to running these cookies on your website.